Mbps vs MBps: What's the Difference? 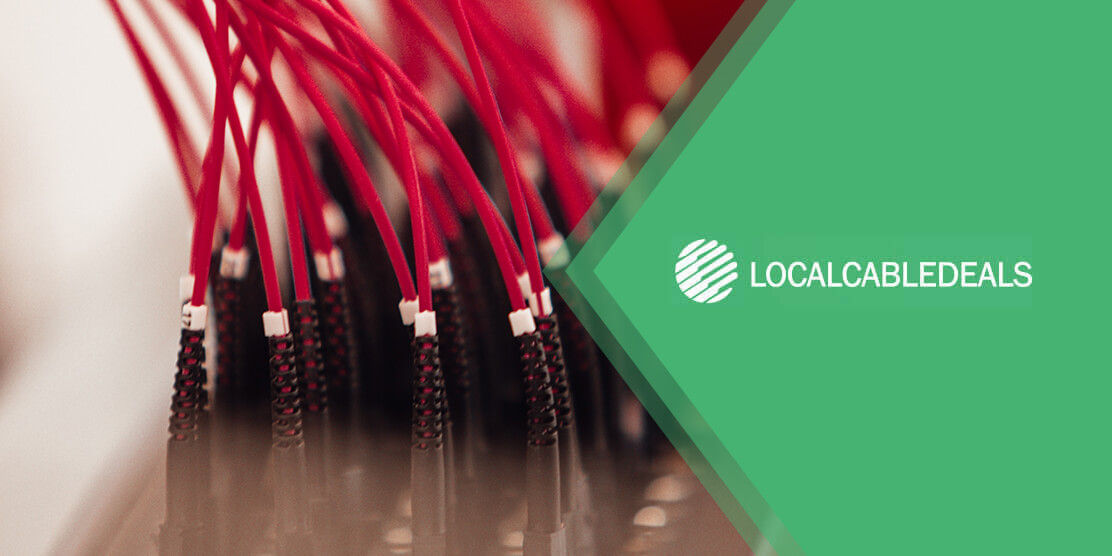 You might come across various technical terms and abbreviations while selecting an internet service package, which might confuse you. Especially, if you have not dabbled in the network space before. One such complexity is the megabit vs. megabyte clash. People who are looking for a new internet connection will most definitely come across these two terms and start wondering which factors set them apart.

Megabit per second is abbreviated as Mbps, while megabytes per second is written as MBps. Although both of these terms look similar and are contracted using the same letters, they are worlds apart. Besides the obvious difference of the upper-case, one measures storage and the other is used to show network speed.

Though they may sound confusing to you now, we are going to explain everything you will need to distinguish the two and make a more informed choice the next time you frequent the internet market. Hang tight and read on.

Let’s Get Down to the Basics

What are bits and bytes?

A bit is a single piece of digital information and the smallest unit of computerized data. A byte, being the bigger unit, is comprised of 8 such bits. A bit and a byte are two distinct units of measurements. Now that we have settled this, lets try to understand the megabits to megabytes relation. According to what we have just established, 1 megabyte would then be equal to 8 megabits. The given formula can be used to breakdown the Mb vs. MB difference, as well, which we’ll discuss further down the road.

A bit is a binary digit and is comprised of either 0s or 1s. Internet service providers use bits to measure 'bandwidth transmission speed' and the numbers are referred to as 'bit rates'. As bits are used to measure the network speed, understanding them will help you differentiate between basic and ultrafast broadband. Both bits and bytes are prefixed with larger volume metrics, like 'kilo', 'Mega', or 'Giga', as there is an insignificant amount of data in each of them. To stream a simple Netflix show, it will take billions of individual bits! So, now whenever you hear someone talking about data transfer rates, bandwidth, or download speed, know that they will be measuring it in bits per second (bps).

On the other hand, everything that is related to file size, storage, and all its forms – be it hard drives or cloud services like Dropbox – is measured in terms of bytes. It is by far the smallest unit of accessible memory in a computer. 1 byte can hold about a single typed character. For example, to store "my", it will take 2 bytes.

This quick guide will help you understand the abbreviations related to both bits and bytes.

Now, let us have a look at the specific difference between MBps and Mbps.

Mbps vs MBps: What is the Difference?

Internet speed works in terms of megabits or Mbps, which simply translates to the number of bits that are transferred over an internet connection per second. The higher the Mbps, the faster would be the speed of your internet service. However, several other factors can also contribute to slowing down your speed. Many internet service providers advertise Mbps in terms of both upload and download speed. Like if a certain internet plan shows an Mbps count of 35/14, this means that it will provide a download speed up to 35 Mbps and upload speed up to 14 Mbps. Spectrum internet customers receive up to 1 Gig speed, which is equal to 1000 Mbps.

Whereas, all files whether they are stored, created, or transferred are typically measured in terms of megabytes or MB. Therefore, MBps gives us an idea of how much data in a file is transferred per second. Just like there are 8 bits per byte, 8 megabits would equal 1 megabyte. So, in order to calculate how many bytes your certain internet plan can transfer per second, you will just need to divide your Mbps by 8. To put it in simple terms, if your network upload speed is 8 Mbps, then it will take 1 second to upload 1 MB of data from your hard drive.

Your online activities mostly concern downloading data from the web or uploading it, right? Therefore, you had need to know about both Mbps and MBps. Whether it is basic browsing, gaming, scrolling social media feed, paying bills, listening to a catchy tune, or streaming your favorite show, all of this happens because of the Mbps and MBps of your network. The time required for your file to be downloaded depends upon its size (MB) and the speed of data transfer depends on the strength of your internet plan (Mbps). It is easy to ignore what goes on behind the curtain, but understanding the relationship between bits and bytes helps you in acquiring the perfect internet speed for your home and making a seamless web experience possible.

So, while shopping for an appropriate internet plan, it is necessary to make sure that the bandwidth you are being provided suits your particular needs. Let’s take a look at some common media files, essential to your online activities, and their typical sizes. Curious about how long it will take various internet speeds to download them? Check it out:

For basic internet users, an internet plan offering 3 to 5 Mbps would be enough. They would be able to send important emails, browse the web or download an EBook within a relatively short time. For moderate internet use, you’d require no more than 6 to 18 Mbps, with which you’d be able to download a video of SD quality, listen to songs or stream short SD video clips.

Remember, the greater the Mbps, the lesser time it will take to transfer data successfully. After this, you will be able to select the right internet plan without any second thought!

Why You Have to Worry About the Mbps to MB Conversion?

The Mbps to MB difference is subtle. Believe us. If you do not get the math right, you might end up with a subpar internet plan, which is something no one wants to be saddled with, these days.

For example, let’s suppose you want to download a 200 MB file and your internet connection speed is 20 Mbps. Now if you do not notice the upper-case "B" in file size, you might expect that the download would take 10 seconds. However, the units are not the same. It iss because the file size is calculated in megabytes whereas the connection speed is calculated in megabits per second and not in bytes. Hence, you can observe that since the file size is 8 times larger, it takes eight times longer for it to download, which escalates to 80 seconds, instead of 10.

Why You Don’t Have to Worry About It?

It all boils down to this: Internet speed information is written in terms of megabits, whereas data capacity uses bytes to denote size. If you are looking to buy a hard drive for your system, all information will be shown in megabytes. Similarly, while shopping for internet plans, you will see all internet speed offers in megabits. Now if the numbers still confuse you, don’t worry. The chances of making a blunder are pretty slim as both bits and bytes are used in very different contexts. By reading this post carefully, you will be able to spot the difference between the two.

If you have an internet connection with a speed close to 5 Mbps, you will already be aware of how much you can achieve with it. Therefore, you will avoid downloading an HD full-length movie, as it will take many hours for it to complete. If you require higher internet bandwidth, then a plan offering more than 25 Mbps will suit your needs.

However, we assure you that you will rarely have to use the calculations and conversions that you have learned in a practical setting, but they will surely help you in explaining these terms to someone new to the internet world.

MBps stands for megabytes per second. It measures the capacity of data traveling within a second.

Is Mb bigger than Gb?

No. Megabit (Mb) is a smaller unit of internet speed than a gigabit (Gb). One gigabit houses 1000 megabits.

What does Mbps mean?

Mbps basically refers to megabits per second. It measures internet speed, or how fast does data travel within a second.

How many Megabytes in a Gig?

What is a Megabyte? 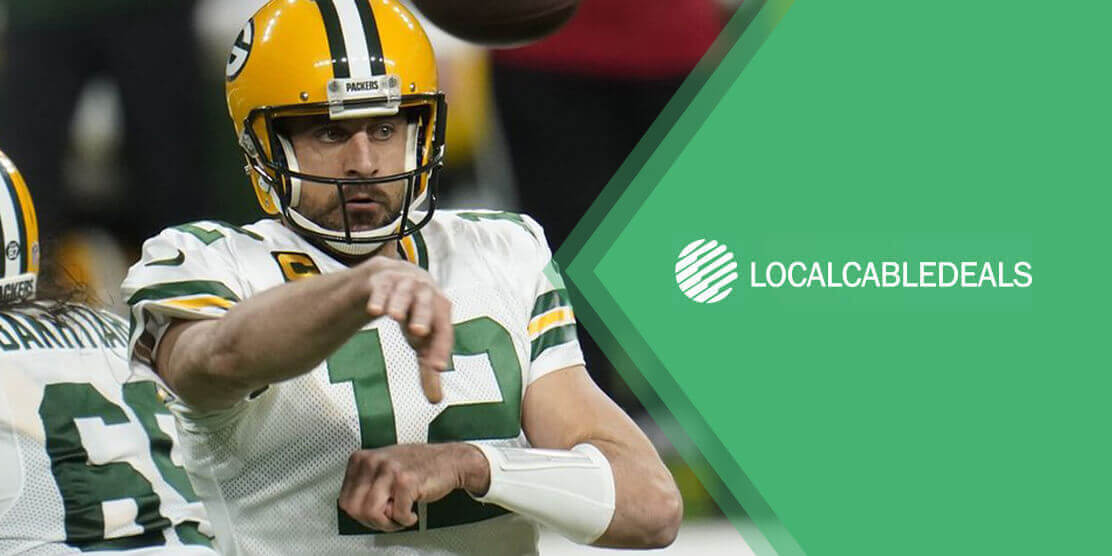 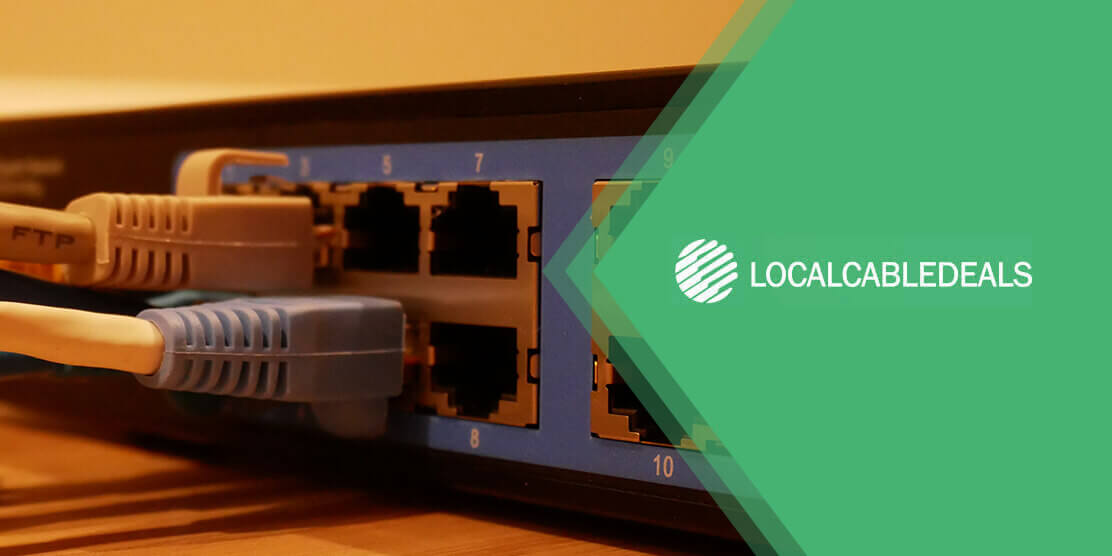 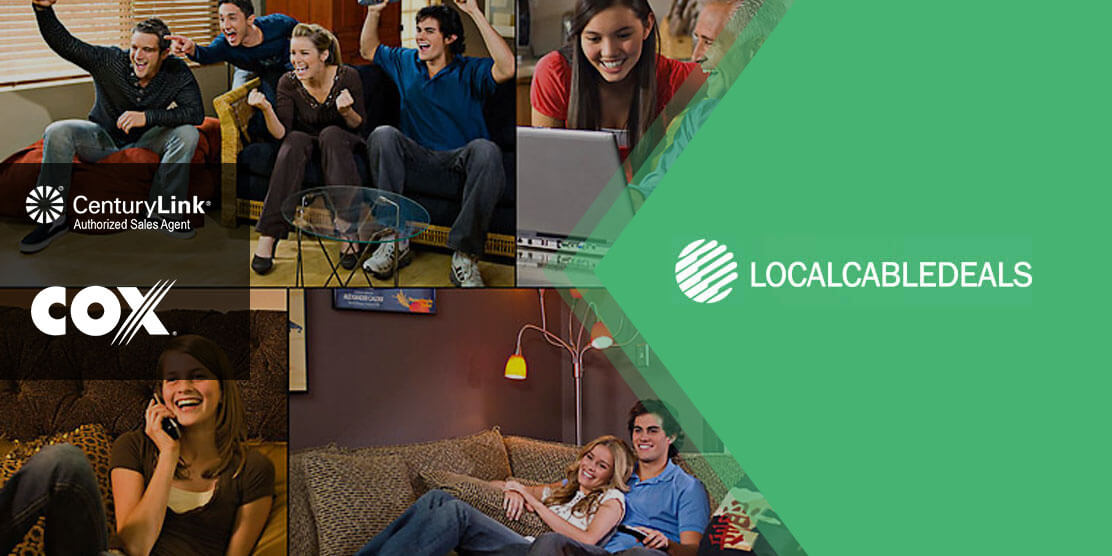 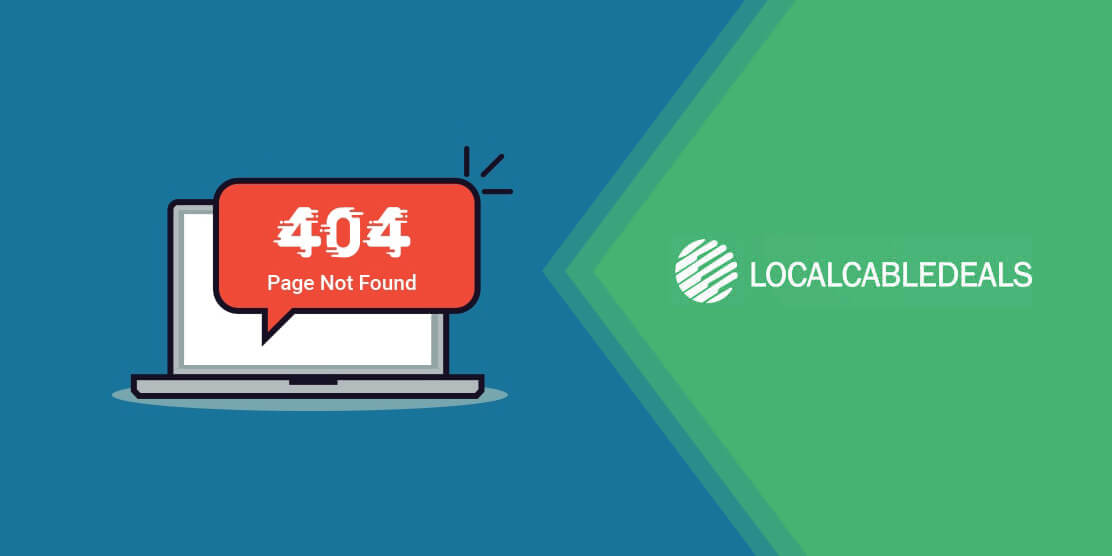 How to fix a 403 forbidden error message? 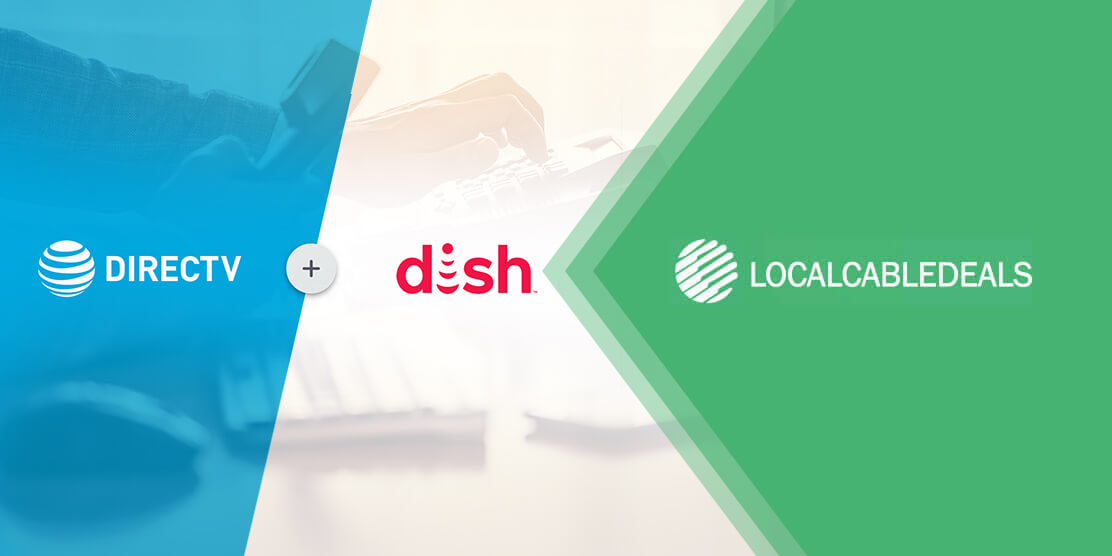 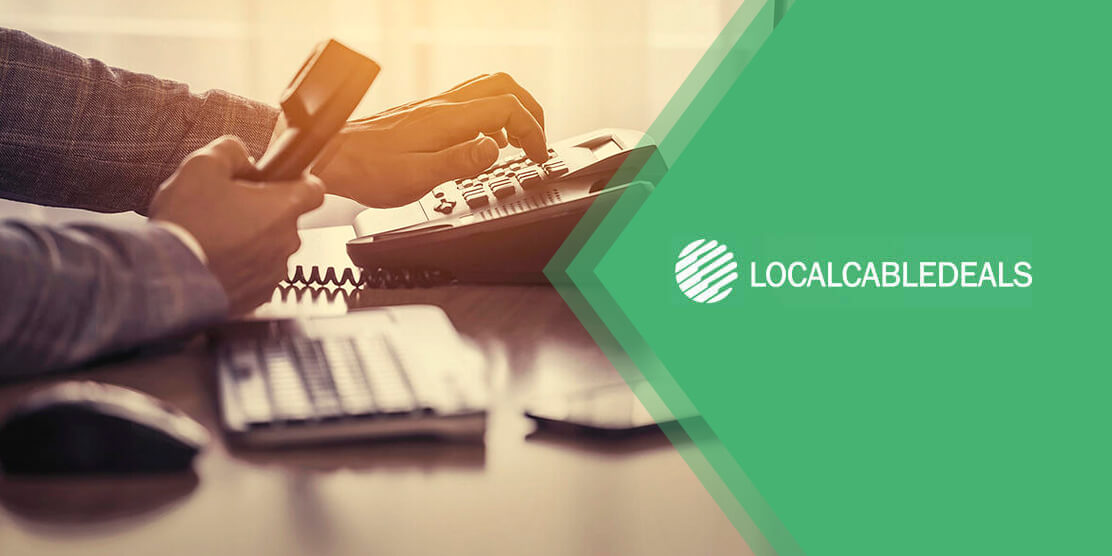 Everything You Need To Know About Internet Phone Service 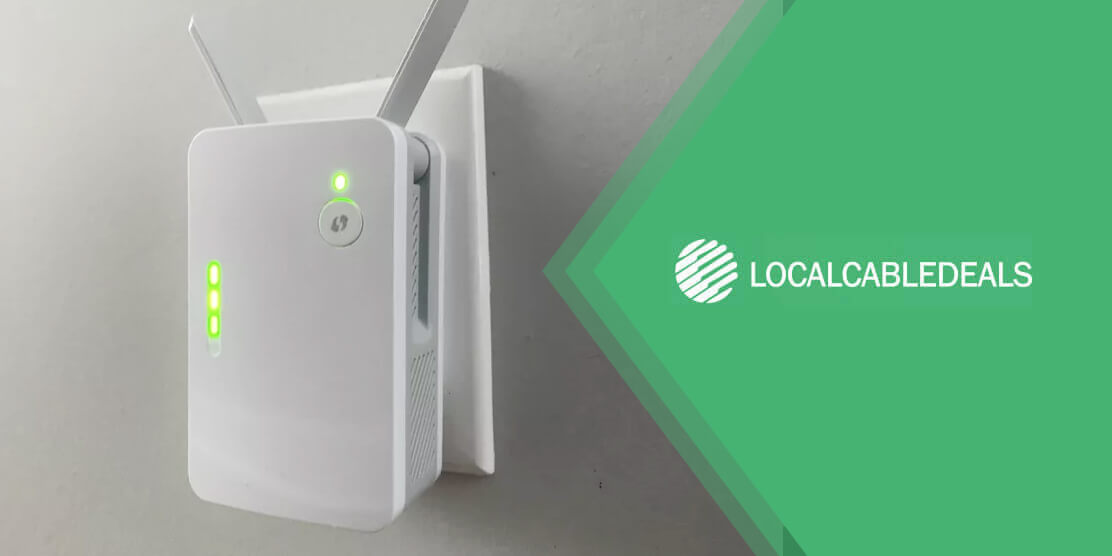 How do Wi-Fi extenders work and why you need them? 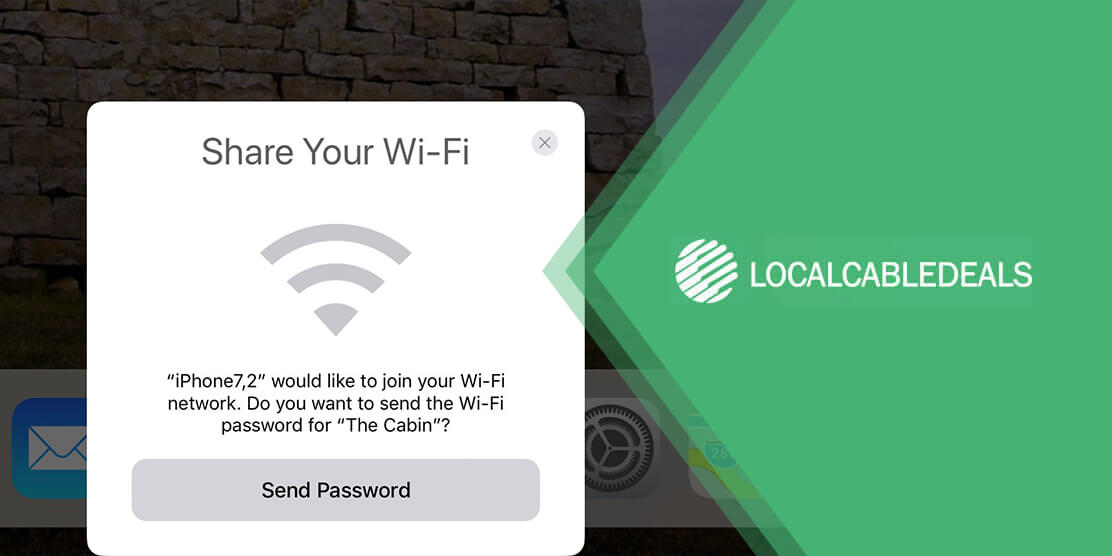 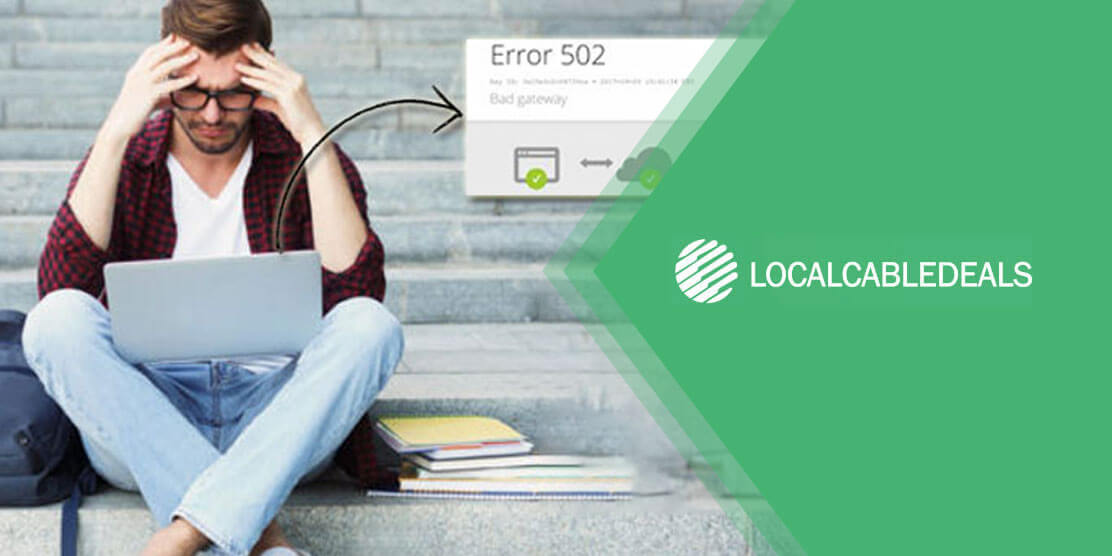 How to resolve a 502 bad gateway error message?