Author: Andy 28 Apr, 2020
*Date is effective: 6th April 2020. Availability and offers may differ based on the locations and are subject to fluctuate.

AT&T has recently made several major changes. The company replaced two of its TV channels with these changes, which created some confusion for audiences.

What is AT&T TV NOW?

AT&T TV Now is a live TV streaming app that can be downloaded on smart phones, tabs, and smart TVs, just as you can with other TV subscription services. You can sign up for the service and use the app on a monthly charge on all your devices after you've installed the AT&T TV app. It also works with Amazon Fire TV, Apple TV and IOS, Chromecast, Roku, Android, and the web.

AT&T rebranded its live-streaming service DIRECTV NOW as AT&T TV NOW earlier in the year. None of these can be confused for AT&T's cheaper live streaming service, AT&T WatchTV, which is a separate service.

What is the difference between AT&T TV and AT&T TV NOW?

AT&T TV is the streaming service by Direct TV that was launched on 19th August 2019 and was broadcasted nationwide by the end of 2019.

It is more like a cable service than an online streaming service that requires an activation fee to be paid along with a year-long contract. It comes with a free AT&T device when bundled, which charges $10/month or $120 for life.

DIRECTV NOW has been rebranded, formerly known as AT&T TV NOW. For the moment, the only change is the name of this company. AT&T TV NOW is available on Fire TV, Roku, and Apple TV as DirecTV NOW, through the AT&T. Moreover, it does not require any contract and it lets you watch on your device without requiring any additional equipment.

Is AT&T TV NOW any good?

According to 2019’s Streaming TV Customer Satisfaction Poll, DIRECTV NOW ranked 4.24/5, that was before AT&T TV NOW was re-branded. Most of the cord-cutters think AT&T TV NOW packages are way better and economical than DirecTV NOW packages.

It is also believed that AT&T shrank channels, increased rates, and discontinued all sales and promotions in an attempt to improve profitability. The consequence is a live TV service which has almost the same challenges, but not any of the advantages. Unless the available channels of AT&T TV Now do not match well with your needs, it is definitely not the live TV streaming service for you.

AT&T TV NOW can be used for a seven-day free trial. The free trial can be utilized for The PLUS, MAX, and the international (Brazilian, Korean, and Vietnamese) bundles.

For the maximum value of the free-trial, register for MAX to get CINEMAX and some awesome sports channels for the whole week. And, you’ll still have HBO if you have to downgrade to PLUS. Additionally, a fresh subscription to HBO through AT&T NOW gets you free access to HBO Max, which is a new AT&T’s live streaming service.

AT&T TV NOW vs. the Competitors

*Prices and features may vary depending upon the location

AT&T TV NOW is competitive with its rivals when it comes to its first two basic bundles, PLUS ($55 a month, 45 channel) and MAX ($80 a week, 60 channels) because of the great channel lineup and has the same 7-days trial as most of its competitors. Many other live TV providers start at a monthly expense of $50 or $55, with HBO adding $15 extra a month. AT&T charges an additional $10 for HBO and $11 for Cinemax each month for its PLUS package.

You can display up to 3 screens simultaneously with AT&T TV Now and it provides services to over 60 TV Everywhere applications as well.

You would need the $80 "Max" plan (having 60 channels) for regional Sports, which includes local FOX sports, Cinemax, and HBO, etc.

HBO, 9 sports networks, CINEMAX, and a variety of other channels, including AMC and VICELAND are all a part of the ENTERTAINMENT package (65 channels, $93/mon).

CHOICE ($110/mon, having 85 channels) consists of additional sports channels and includes a bunch of channels where MLB network, IFC, Nicktoons, SundanceTV, etc. are the standouts.

XTRA (105 channels, costs $124 per month) restores even more sports channels such as NBA TV and the NHL network.

ULTIMATE is the most expensive and highest-tier package that drops goodness with 8 STARZ channels, Boomerang, and El Rey.

Though there is a long list of exquisite packages to select from, our personal favorite is PLUS. It has most of the channels offered by YouTube, Hulu Live TV, & PlayStation Vue. Fans of sports might, however, dig MAX. 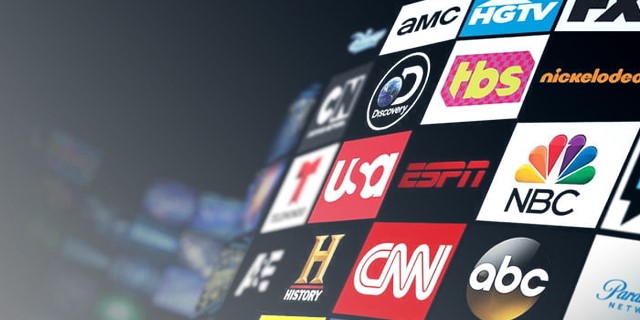 Being capable of viewing live TV without requiring the cable itself is fantastic – provided that you get to watch your favorite networks! Thankfully, the AT&T TV NOW offers outstanding channels, ranging from ESPN live sports to Comedy Central and HGTV home-based programs.

There is at least one premium channel in the above-mentioned packages, but you have the option to add several more! Each package has a different set of channels; in the following section, we’ll mention what channels are offered by each package, to help you determine which plan best suits your needs.

*A few channels may vary depending upon the location

All packages having the complimentary AT&T’s Audience channel, (containing many captivating shows) is what makes it stand out from its competitors.

AT&T TV NOW makes it hard for sports lovers to resist by offering a whopping 28 sports channels, including the most exclusive sportsball-en-español that is not offered by any other provider. A few other sports channels that are not offered by any other competitor are Longhorn Network, NHL Network, Sportsman Channel, MSG, and MSG plus. It is also one of the two services only to offer MLB Network, Tennis Channel, and NBA TV in packages, rather than as add-ons.

The only streaming service that provides all the premium big-branded channels is AT&T TV NOW. It is also considered as the only provider to offer Premium channels at the lowest rates as compared to other providers, for example, it gives access to HBO at $10 per month only, whereas others charge around $12 - $15 a month for it. Many subscribers do not mind accepting 15-25 channels lesser in exchange for a lower-priced premium channel.

It is also quite pleasing that you can sign in to the HBO GO and MAX GO applications using your AT&T TV NOW login credentials.

The breakdown of the prices of Premium channels charged by AT&T TV NOW is as following:

There is a never lasting list of great movies and on-demand shows that can be streamed by logging in to HBO GO site or app, using your AT&T TV (formerly known as DirecTV login) credentials.

Audience network is included in all plans, and it features a wide variety of documentaries, comedies, dramas, sports talk, and live music shows. A few most famous shows included in the list are Loudermilk, Condor, Mr. Mercedes, You Me Her, Give Us This Day, Beacons of Hope, The Dan Patrick Show, and Undeniable with Dan Patrick.

Our personal favorite shows that we’d recommend you to watch are Condor, Loudermilk, and Mr. Mercedes trilogy, to name a few that are not available on Netflix, Amazon Prime Video, Hulu but only on AT&T TV NOW.

AT&T TV NOW provides the features that cord cutters are most interested in. As far as Cloud DVR and multiple streams are concerned, it is not so generous than other live TV streaming services. And while the range of supported devices is good, it’s still limited relative to its rivals.

Besides live Television, AT&T TV Now offers a catalog of on-demand content and a wide variety of channels helps you to stream those shows over the last 72 hours via the TV Guide. However, the availability of your favorite shows depends on the network and the show that is why you will need a DVR. For that purpose, AT&T TV Now offers 500 hours of cloud storage. While this is not as generous as YouTube TV, which offers nine months of unlimited storage space, AT&T TV NOW keeps storage indefinitely. Furthermore, AT&T TV Now doesn't charge extra to skip the ads unlike Hulu Live TV, which contains 50 hours DVR storage in its $55 per month plan. To stop commercials with Hulu's DVR, you need to spend $10 a month for Enhanced DVR, which also increases capacity to 200 hours.

AT&T TV NOW lets you stream on up to 3 screens, therefore, you can watch multiple shows on different devices simultaneously.

The quality of most live streaming services is 720p, but AT&T TV now supports 60 fps content on all news, sports, and broadcast networks on Apple TV, Roku, and Fire Stick. (Though this is less of a differentiator as other services like YouTube TV and HULU have boosted their support by 60 frames per second as well.) Some on-demand shows on Apple TV are also capable of supporting Dolby Digital 5.1 audio.

Final Take: Is AT&T TV NOW worth subscribing to? 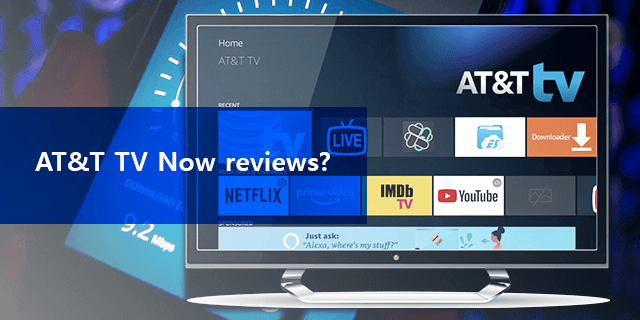 It's the most economical live TV streaming service for $50 a month that includes cable news, local channels, HBO, and national sports. However, there are some issues regarding the user interface outside of the cable style grid guide. And, even though it offers a sea of storage DVR but is not unlimited as offered by YouTube TV.

AT&T TV NOW sells too many packages, mostly fluffy and some are quite expensive too whereas, we as cord-cutters believe that shopping for streaming service should be straightforward. That being said, PLUS and MAX bundles having a fair amount of channel counts, streams, compatible devices, and DVR storage give them an edge over rivals with similar price tags. 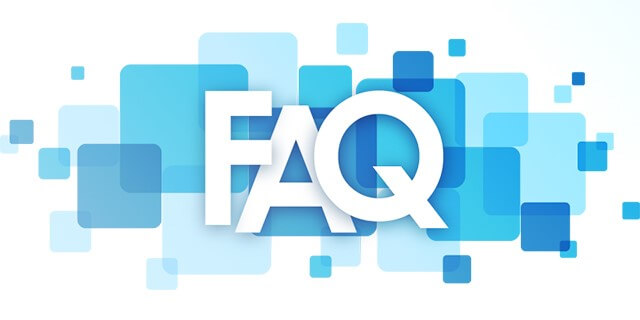 How does AT&T TV NOW work?

AT&T TV is a contract-free live streaming service, ideal for cord-cutters. You may use an app on one of many compatible devices to enter the service, including smartphones, laptops, smart TV, and tablets.

How many devices can be simultaneously streamed?

It supports 3 devices at a time.

How do I access AT&T TV now on my TV?

If your TV is one of the compatible devices, you simply need to download the app, register, and you are all set.

Which is best better, AT&T TV NOW or DirecTV?

DirecTV has been rebranded as AT&T TV NOW, so they are the same services.