The credit goes to the local government for enabling state-approved (LFA) local franchising authorities that requires cable service providing companies to give economically priced basic levels, so one can simply sidestep the premium packages and jump straight onto basic cable packages. The customers looking for it, just need to ask for it to the customer service reps to get further details about it.

A vast majority of TV providers on the market are not going to advertise such itsy-bitsy Cable TV packages that fulfill the basic requirements of any household. However, if the customer asks straight up (as a query) to any of their customer service support system, you will find out the basic local plan along with the channels guide.

Information effective, as of 20th of December, 2019. The availability of offers and deals may differ based on the location(s) and are subject to alter. * Applicable for 12 months only. **Inclusive of monthly fees and the activation of the valid discount and, one-time charges. Prices are exclusive of applicable taxes, surcharges, and fees. Exclusive of the charges for any additionally subscribed services.

What are Basic Cable TV Channels?

Basic cable TV channels package shall include CBS, ABC, PBS, FOX, and some more local channels that are in public-access. Some extended packages have some fancy cable TV channels which include ESPN, Fox News Channel, Disney Channel, or MTV – though they are usually not as many as they are advertised in the cable packages. 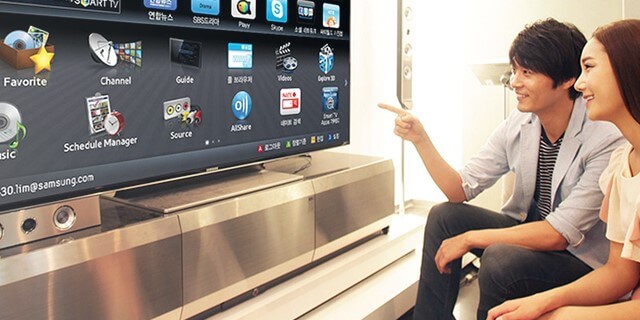 Moreover, you should also know that you would get a different list of channels that are based on the location you reside and which cable company you pick.

You can check and get more accurate information based on the ZIP code you enter in the ZIP code bar on our website. The ZIP code bar will help you pull up the local cable TV service providers in your area, and you can speak to their respective customer service reps to get all your questions answered instantly regarding the basic cable TV packages.

Is Signing Up for Basic Cable TV Worth It?

A natural question that will pop up in any mind – is signing up for basic cable TV service worth it or not? Basic Cable TV is cheap, but it’s not free, after all, and we do rely on TV sometimes for multiple reasons. So, let’s get to the reasons and all the pros and cons, so you can figure it out yourself and go for the most convenient option.

U- Basic by AT&T charges $199.99 for the installation which can be a prominent example of how a basic cable plan could be more expensive than you expect it to be.

However, basic TV service is not the only option to get TV services at a cheap price. You can also check if starter cable TV service plans, live streaming TV, and OTA (over-the-air) TV can be alternative options that may be more appropriate choices for some of you based on the requirements.

Pros and Cons of having Basic Cable TV Service

How Basic Cable is different from Starter Cable TV plans

Cable TV service providers may prefer selling customers the starter packages – which is a step above the basic cable TV package. Starter TV plans typically cost about $60 a month, however, they come with a lot more channels as compared to the basic cable TV plan.

Also, since the cable provider would want the customer to pick the starter plan for themselves or other expensive packages they have to offer – it is not likely to get as many hidden charges.

At the end of the day, the starter plan bought for a year, may not include hidden charges and can turn out to be not very expensive if compared with an annual plan for basic cable plans.

If anyone loves watching plenty of channels, then they may like to try streaming TV rather than the basic cable TV. You may be perhaps acquainted with the on-demand options of streaming on the market including Netflix, though you can also stream live using other services such as Sling TV.

Services like on-demand added features, lists, or whatsoever come with it, may cost somewhere around $5 to $16 a month, and live TV streaming service could cost somewhere around $20 to as huge as $135 a month. If anyone would like to save, then Philo can be a budget-friendly plan which costs $20 a month for the plan – please note that it may not offer any sports TV channels.

The aforementioned services are compatible with a wide range of devices and work pretty fine ensuring and allowing its user to experience watching the content while on-the-go. Provided the internet/Wi-Fi is available and steady on those locations when opting for on-the-go, a good internet will assure hiccup-free streaming throughout.

Pros and Cons of Streaming Live

This entire range of cable TV plans as well as the streaming options arrive with monthly charges. If you would want to keep your options simpler – getting access to the local channel can also be availed after paying the one-time charges – OTA (over-the-air) is a good alternative for you.

In the present day, TV antennas may appear somewhat different than they did in the former days with their rabbit ears, along with the flat panels on the wall, or small set-top boxes. Certainly, they may miss the appeal of dressing the TV to an extent of looking a bit strange, though the new ones do not consume that much of space nor shrug off the interior design.

You can get OTA (over-the-air) TV antennas from Amazon and get them installed all by yourself. Most of the antennas cost somewhere around $15 to $50. You should research online about the antennas before placing the order.

Be vigilant when it comes to selecting the antenna which would catch up almost all the channels that are broadcasted locally. The FCC, however, has a handy dandy map for helping you find out how distant TV towers are from your place, to help the customers so they can get the best available option for them.

Pros and Cons of OTA Antenna

As per the report shared by Survey Monkey which surveyed above 500 Americans, here are some interesting facts:

Why you need Basic Cable TV?

If someone is not very inclined to watching cable TV packages and does not really want to pay a great deal for it as well – basic cable TV package may be the most appropriate option for them.

However, before signing up for the agreement, one must check all the other available options in the market to be sure that they are getting the best deal out of all. If the major objective is to save money and not to spend an arm and leg – TV antenna is something you require.

Irrespective of the fact, that you have fixed your mind for the basic cable TV package, proceed with it and call the local cable service. You can also check the availability of providers in your area by entering your Zip Code in the Zip Code bar and you will get a complete list of TV service providers near you.

Furthermore, if you simply want to cut the monthly expenses of entertainment, then switching to a basic cable TV plan can be a good option for you – avoid getting add-ons and other premium features to save a significant amount of money. You should also check the hidden and additional charges while signing up too as to assure the costs is at minimal.

Is there any option to get basic cable TV for free?

No, there is no such option to get basic cable TV for free. The prices for basic cable TV starts from $25 a month and can increase from there onwards. However, if someone is only looking for local channels, they can simply get a TV antenna by paying the one-time fee of almost $25 without paying any further monthly charges.

What are the charges for basic cable TV?

The package for basic cable TV costs somewhere around $25 to $40 a month, though, you most likely won’t get to see that in their advertisement and on the website of that TV service provider. Typically, the plans mentioned everywhere have their starting process from $60 a month.

To avail economical basic cable TV packages, you might require to talk to the customer service rep for discussing further details about them.

Which channels are basic channels?

Basic channels predominantly include the channels broadcasted locally such as CBS, ABC, NBC, FOX, Telemundo, and PBS. Some of the providers can even add a higher level of cable TV channels which include MTV and Disney in the basic cable TV plans, however, these channels are not from the traditional list.

How to get local channels?

The easiest method to avail local TV channels is to get them via TV antenna – it can cost around $15 to $50 if you are ordering from Amazon. Conventional TV packages too come along with the local TV channels, and you could get the basic TV channel plan which starts at $25 a month.

What could be the best alternate of cable for TV?

The best alternative option for TV instead of cable could be Live TV streaming service which allows you to the annual agreements and you still get to enjoy all of your favorite cable channels. However, If you are particularly looking for channels that are broadcasted locally, you should get a digital TV antenna and get rid of paying monthly bills altogether.

How to reduce the monthly bill of cable?

Make sure you have not signed up for additional features, there are no hidden charges you are paying, the price is the same as advertised/ the one you subscribed to. Dropping to a low-tier plan or getting a basic cable TV plan can save you a great deal of money every month.